In a recent blog post titled Lies, Damn Lies. “Data Journalism” and Charts That Don’t Start at 0, the author takes issue with the chart accompanying the below tweet from Heidi N. Moore.


Instead, we are told, this chart should have its y-axis start at zero. And in so doing, we see that the employment ratio is "nowhere near a 'ski jump.'" (The data are also broken out between men and women.) 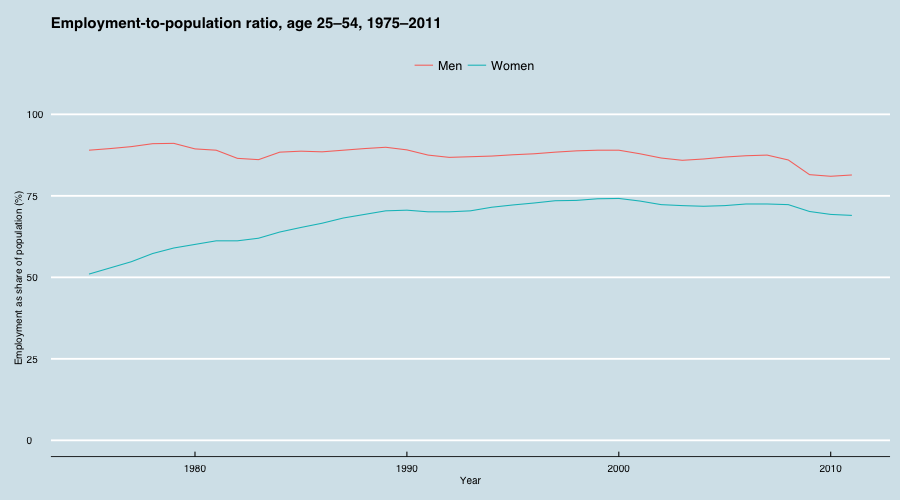 Really? It is important to provide context when displaying data. In the context of these data, is it realistic that this employment ratio would ever be zero or even near zero? No? Then zero has no business being on the chart's axis and including it is the real distortion here.

But if I were to take issue with both of these charts, my peeve is that levels of a time series are often misleading. Let's, instead, look at the percent change in this ratio from a year earlier. 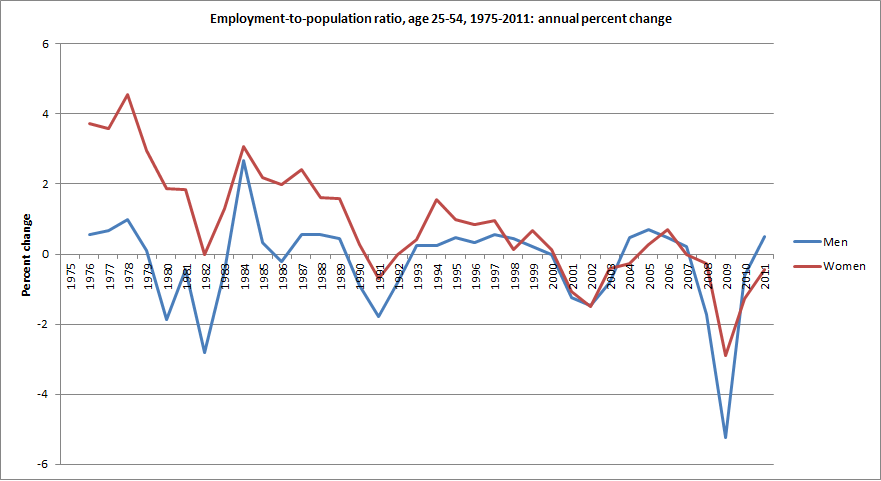 Whoa! What's up with that historically-low drop starting in 2008? It's almost like "falling off a cliff" or "a ski jump" or whatever hyperbole you choose.

Bottom line: context is important, not arbitrary axis rules. While Heidi Moore's chart was not perfect, it still got the right message across within the context of the story: employment took a nose dive going into the recession. In fact, such a drop is unprecedented over the history of the displayed data.
Posted by Tommy at 2:24 PM